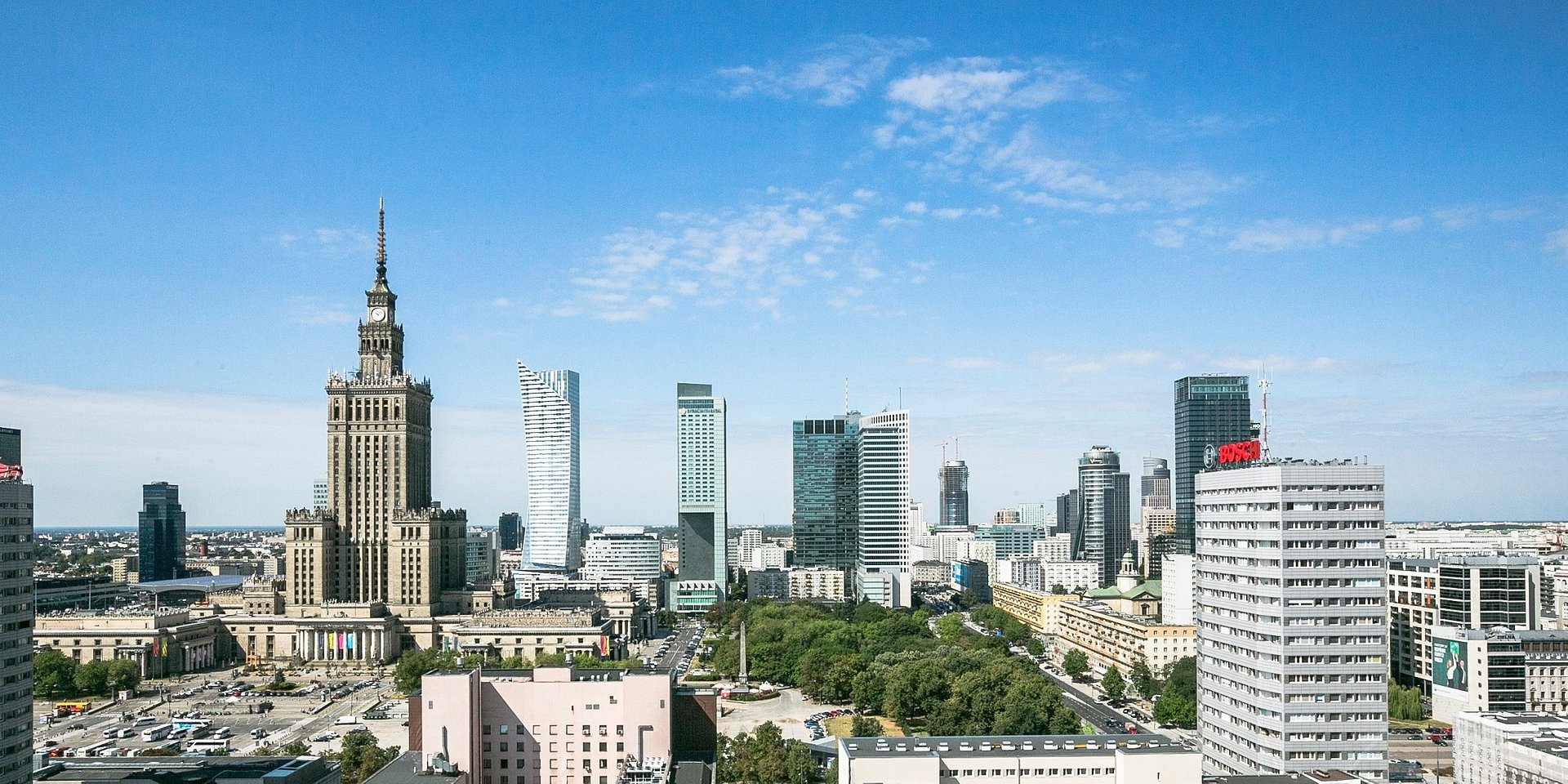 Summary:
- Search for Yield Leads to Increased Interest in CEE -
- Germany Takes First Place as Investors’ Preferred Country -
- London Retains Preferred City Status-
Real estate investors across the EMEA region intend to be very active in 2016. According to CBRE’s 2016 EMEA Investor Intentions Survey almost half (48%) of all surveyed expect their purchasing activity to be higher than last year, compared with just 15% who expect to be less active buyers. 43% also expect their selling activity to increase, indicating a buoyant and liquid real estate investment market for the region in 2016.
There was also a big uplift in interest in Central and Eastern Europe (CEE). When taken as a group, CEE markets saw their proportion of preference rise from 6% in 2015 to 23% this year. This can partly be explained by investors’ continued “search for yield”. In H2 2015 prime yields in continental Western Europe fell very sharply and this has resulted in the yield gap between CEE and Western Europe increase markedly, raising CEE’s attractiveness to real estate investors.

Current high activity of all business entities confirms that global market maelstrom again could be an immense opportunity for Poland. The interest in possibility of entering our market could also be observed at ongoing MIPIM Trades. However, there are still numerous questions about political stability and changes that could impact on various economic areas. Nevertheless, it is noticed that initial fears may be reduced with appropriate policy. Many funds declare just Warsaw as their choice for intermediate and long-term investment programmes.

Daniel Bienias - LinkedIn
Diverging investor views were prevalent in the responses given for the most attractive country for real estate investment. Germany was the most frequent choice as investors’ preferred destination, with 17% of all responses. The UK was in close second place with 15.1%, followed by Spain (10.2%), Netherlands (9.9%), France (9.2%) and Poland (9.2%). More importantly however, is the fact that this was by far the closest result of any of CBRE’s seven surveys, with many more markets coming into the mix this year.
Despite this commitment to real estate investment, one notable change has been a decline in investors’ appetite for risk. After three years of diminishing popularity, prime or core assets are back on the agenda. The proportion of investors who see prime or core assets as the most attractive part of the market has jumped from 29% last year to 41% in 2016. This is partly explained by investors’ concerns over economic issues. When asked the question “What poses the greatest threat to property markets in 2016”, global economic weakness was seen as the greatest threat (31%), with domestic economic problems (14%) a distant second.
Across the more traditional sectors, offices remained the favourite asset type with 37% of the responses. However it was residential assets which saw the biggest increase in investor interest, growing from 5% of preferences in 2015 to 12% in 2016. Retail also fared well, and the recovery of consumer confidence and consumer spending has resulted in the proportion of respondents choosing retail increasing from 22% in 2015 to 27% in 2016.

There were a few stand-out themes in our survey this year, but the most interesting, to my mind, is investors’ purchasing activity.  Almost 85% of respondents expect their purchasing activity in 2016 to remain higher or the same as last year.  This result, taken alongside similar figures for investors’ selling intentions, indicates that we are set for another year of strong investment activity. Overall however, there was much less agreement amongst respondents on what constitutes the most attractive market and preferred investment strategy.  As differences in opinion are what make a market, this would suggest that 2016 will be an interesting time in real estate across the EMEA region

The survey was carried out between 8th January 2016 and 4th February 2016. The survey attracted 1,255 responses globally, but respondents were first asked the global region for which they were most responsible. This report covers the 423 who responded in EMEA

These responses were spread across a range of types of real estate investors. The most numerous were fund/asset managers, who accounted for 42% of survey participants. A further 13% were pension funds, insurance companies or sovereign wealth funds. The other most numerous respondents were private equity/venture capital firms (11%), private property companies (10%) and listed property companies/REITs (10%).

The respondents were predominantly investors domiciled in Europe (87%). UK-domiciled investors were the most numerous, making up 26% of the total, followed by France (13%), Netherlands (12%) and Germany (12%). The respondents from outside Europe were mainly from North America (8%).

Poland, with its population of 38 million, is the largest country in the Central and Eastern Europe region in terms of the number of inhabitants. According to the report drawn up by CBRE experts, our country is one of the most stable and dynamic economies within the CEE ...